empowering inventors with the most Honest and affordable invention support anywhere.     Awesome Product development for new inventions is our thing! 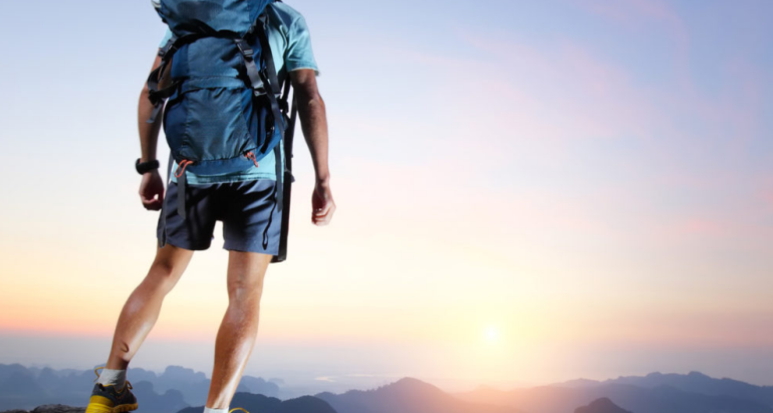 If you are new to the world of inventing and working on your very first product idea, you’ll soon discover that it’s never quick and easy.  It is in fact, a long and complicated process with many difficult challenges along the way.  As such, chances are you’ll often hear it referred to as a “journey,” one whose ultimate destination is hopefully commercial success.   That analogy will undoubtedly make a lot of sense to you and reinforce your goal of getting that solitary great idea of yours to the marketable Promised Land.  It’s actually a great way to envision the process and will provide your mind with an optimistically measurable beginning and end.  Unfortunately, it’s not entirely accurate.

Most of the inventors and industry professionals I have worked with can probably recall my all-too-frequent use of the “journey” reference as well. The difference however, is that I always follow-up by noting that regardless of the initial intentions and goals, it is rarely all about just one idea or product.  For most of us, yes, inventing is a journey, but not one that only involves a single idea. It typically starts there, as does so quite innocently.  But then, without so much as a warning, sparks a passion that continues to grow. The journey begins.  Truth is, once you’ve taken that first step and realize you’re an inventor, you almost never look back.   Probably unknown to you at its early stages, the one-product journey of yours that you think means everything, will ultimately become just a small piece of a much longer, complex and hopefully satisfying voyage.

I personally do not know any inventors who stopped after a single product idea, myself included. The few who succeeded right out of the gate were fueled and empowered by their success and couldn’t wait to light the fire again.  The remaining majority who failed eventually just dusted off and kept moving, never taking “No” for an answer.  It’s a phenomenon you’ll often hear me explain using the same repetitive sentence, “We’re inventors, it’s what we do”.

If you still think that your inventing journey will begin and end with your one big idea, consider this:  The hard truth is that the majority of new inventions fail, plain and simple. Depending on the reporting source, the failure rates for new idea projects range from an optimistic 80% to a hope-crushing 97%.  Based on those numbers, putting all of your eggs in one creative basket is at the very least, a bad business decision.  According to Entrepreneur Magazine, “The most successful inventors actually have many ideas, and only act on the ones that are the most viable and offer the path of least resistance to market.”

Considering everything, it would seem that choosing a course of multiple idea pursuits for the average inventor is not only inevitable by nature, but also the best way to increase overall chances of inventing success.  Of course, this doesn’t mean you should start a bunch of projects all at once in the hopes of landing a “hit,” just as one would purchase a handful of scratch-off lottery tickets.  It also doesn’t necessarily mean you should plan on a preset number of projects before you even start.  What it does mean is that with every new project you begin, you should proceed intelligently, cautiously and most importantly, economically. Never jump in with both feet and go boldly forward, eyes blinded by the adrenaline-fueled love you have for that one great idea.  Stay grounded, pace yourself, and take small well-crafted steps, each of which carefully address only the necessary next phase in the process. Ration your resources appropriately and always keep long-term survival in the back of your mind. These basic principals are the foundation of a system we developed and refined after years of trial and error, and what we now use to safeguard the interests of the inventors we help at IA every day.

So as you stand there staring at an idea so amazing you almost can’t believe you came up with it yourself, it may be difficult to accept, but the fact is it may not be your best. It’s also almost certainly not your last.  Chances are there will (and should) be more to projects come, which all makes perfect sense.   We’re inventors, after all.  It’s what we do.